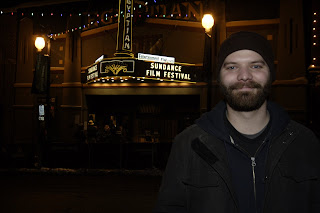 So I went to Sundance over the weekend. Not for movies, unfortunately, but on a freelance gig where I basically had to stand around with a microphone all day at some silly party. But I did have a chance to do a loop through the festivities and here's what I thought:
1 - I'm not moving to Hollywood anytime soon. Seriously, the douchebagery ran DEEP on the streets of Park City. Hollywood is the polar opposite of New York City, and I don't think I could enjoy myself there. Everybody stares at you, silently judging, but also looking to leech off you if you are something worth sucking the blood from.
2 - God, there were a lot of hot girls, but most of them wore too much makeup. And had absolutely NOTHING going on upstairs.
3 - If you have a publicist, even if you aren't famous, you can get in anywhere and make anyone sleep with you.
4 - Ian Ziering never has to work again. He will live off swag the rest of his life. And how.
5 - If you stop on the street for more than 5 seconds, people will crowd around, assuming you're waiting for someone. If I had been in Park City for more than a few hours, I would have tested this theory.
6 - Nate Skiles is a really nice guy. I would have loved to have been able to stick around for the George Stanford show that night.
7 - Shar Jackson is pretty cute. But on the downside, she's bore 2 of K-Fed's children.
8 - Bono spilled red wine on the carpets we were there to shoot. I missed Bono by a few hours.
9 - God, I love New York City.
10 - Vinny Chase will always be Vinny Chase, no matter how many other projects he does.
11 - Regular people are more fun to be around than famous people.
12 - Sundance is really just an overcrowded street in Utah, and not too impressive.
13 - Next time I'm at Sundance, it will be to either play music or screen my film. And take home lots of swag.
14 - Celebrities are scared, lonely little creatures who constantly need people to tell them they are good.
15 - And as always: desperation is a stinky cologne.

But probably the best part was that I got to see Esther! 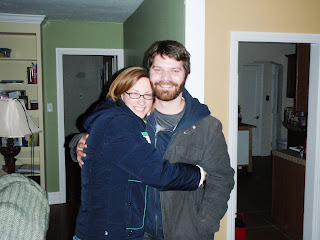 Holiday Beard - One Month In... 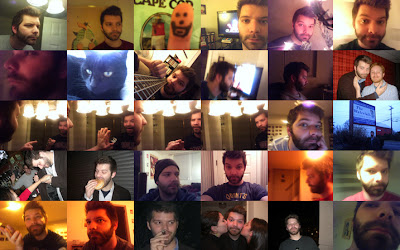 I didn't see him at the party, but apparently this Bert Hoss fellow took some video and made a trailer for the upcoming 2008 season of the Brett Show. Weird.